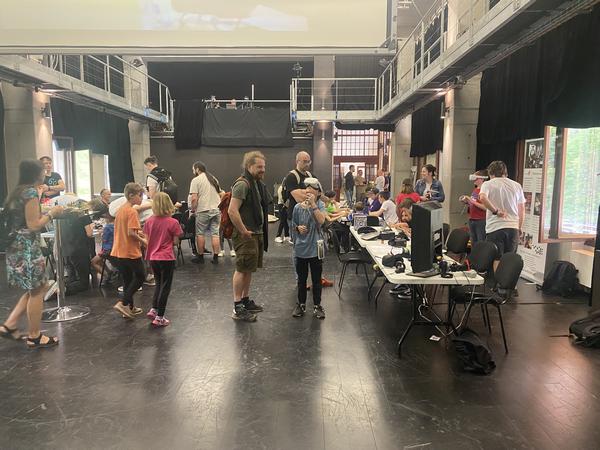 On Sunday, we also demonstrated our technologies to children in Pilsen. We participated in the Aimtech Hackaton - Younghackers, which was a Sunday afternoon full of modern technology. Pilsen organizations that take care of children ’s education met here. The children were able to fly through the solar system in virtual reality and also observe the dinosaurs in Pilsen’s square. SPSE Plzeň has prepared an escape in virtual reality for children.

Another company from Ostrava brought three professional 3D printers, so the children could see how they printed on them. At the NVIAS stand, the children programmed Minecraft. Among others, Camp Arduino also took part, showing the children a robotic path.

We have prepared three stands for the children 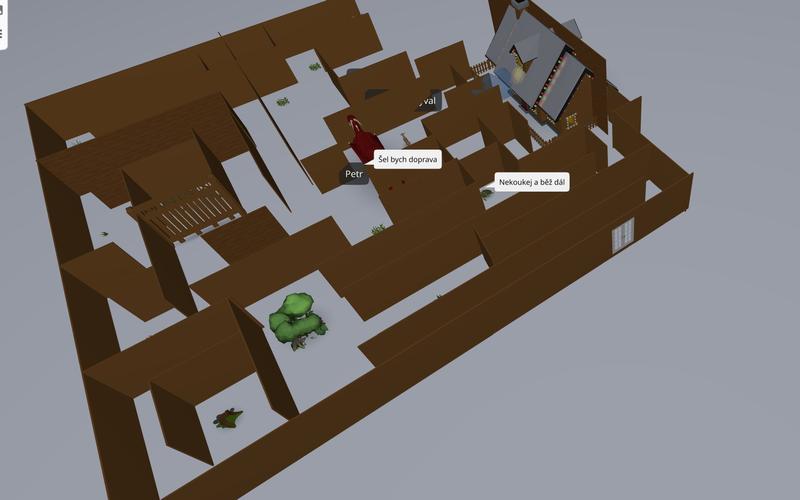 Here are some photos from that afternoon 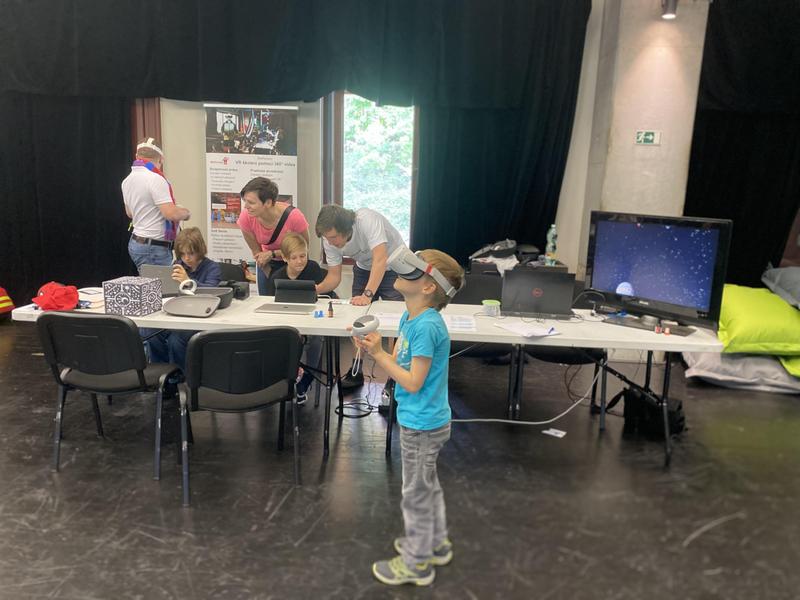 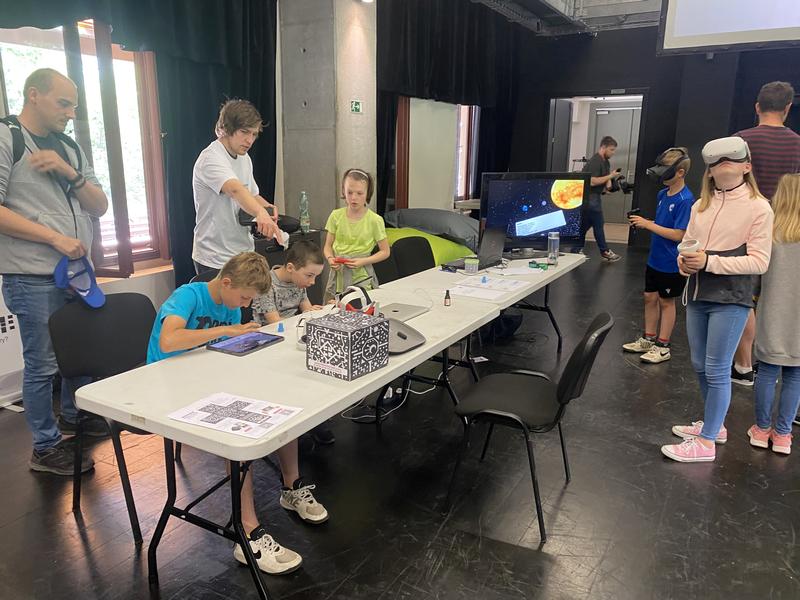 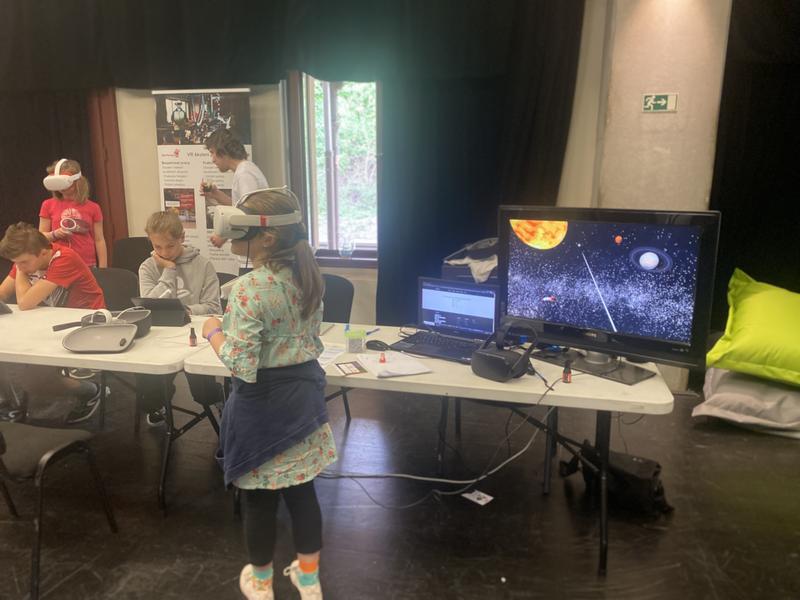